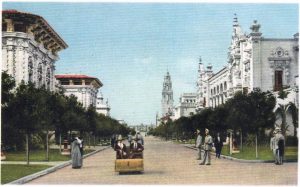 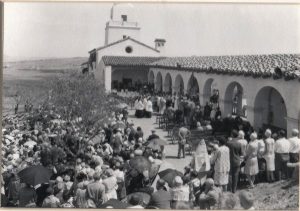 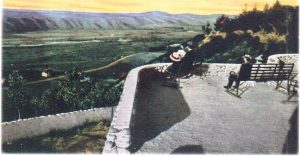 The postcard on the left is the Balboa Park Prado, looking west during the Panama – California Exposition in 1915. George W. Marston was president of the San Diego Museum Association formed to preserve the Exposition buildings. Mr. Marston also served as the President San Diego SAR Chapter in 1914-15.

The photo in the center is the dedication ceremony of the Serra Museum in July, 1929. Financed and built by George W. Marston as a gift to San Diego’s citizens, and as the headquarters of the San Diego Historical Society. 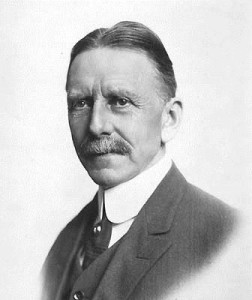 The postcard on the right is a view of Mission Valley from Cliff Gardens in 1915. Click here to see the detailed story behind Cliff Gardens, written by Beverly Potter. It was an award-winning paper at the 1976 San Diego History Center Institute of History.

Below is a brief video of Cliff Gardens.